DaWayne Sims
DaWayne is a founding member of the FSMA Citizen Budget Oversight Committee, having served as the Committee’s Secretary until the 2018-2019 school year. Since joining the Board in 2016, he has also served as the Board Vice Chair, including active participation on the Board’s Governance, Finance and Development Committees over the years. DaWayne currently serves as the FSMA Board Chair.
DaWayne is a graduate of Temple University, where he received a Bachelor’s degree in Communications. His professional experience spans a number of corporate and entrepreneurial endeavors; including a 14 year career in Corporate and Private Banking with Citigroup. DaWayne now serves the Mayor and the City of Wilmington, in the Office of Economic Development, as the Director of Small and Minority Business Development.
As an active member of the Downtown Wilmington neighborhood, he enjoys cooking, traveling, the arts and all matters of civic engagement, education and equality. DaWayne’s youngest daughter attends FSMA. As one of the families enrolled since the school’s opening he has watched his daughter mature into a lover of learning, with a focus on global minded citizenry, under the direction of the staff and administrators at FSMA. Above all else DaWayne enjoys spending quality time, and creating life-long memories, with his two daughters, immediate family and friends.

Angela Angeny
Angela Angeny is a born-and-bred Wilmingtonian. After receiving her undergraduate degree in English Literature, with a minor in Psychology from the University of Delaware, Angela went on to a much-loved career in Integrated Brand Communications, eventually serving as an Advertising Agency Partner, shaping Agency Operations and Procedures, specializing in Brand Development for businesses large and small, plus, New Business Acquisition. It was her pleasure be be based in the City of Wilmington, working with clients around the globe and around the corner, for profit and non-profit, business-to-business and consumer accounts.After more than 20 years in the agency-based marketing and communications business, Angela now deploys her talents on her terms, balancing the rational with the emotional, doing branding and strategic planning projects through her company AHA Consulting while also serving as FSMA’s PTO President, on the FSMA Board of Directors and as a Parent Captain for the Delaware Charter Schools Network. Angela enjoys time with her family: doing anything outdoors,baking and is still an avid learner: researching, reading and writing whenever possible.

Jed Donahue
Jed Donahue is vice president at the Intercollegiate Studies Institute, a nonprofit educational organization based in Greenville. There he runs the publications program and serves as editor in chief of ISI Books. In addition, he oversees the organization’s messaging to students and donors. Prior to moving to Delaware in 2008, Jed served as senior editor at Crown Publishing, a division of Random House. He became involved with Montessori education when he and his wife began exploring educational options for their son and daughter. His children now attend a local Montessori school. A graduate of Georgetown University, Jed lives in Wilmington with his family.

Elihu Ezekiel “Zeke” Allinson III, Esq.
Zeke holds an undergraduate engineering degree from Lafayette College.  While working on his master’s at UD, Zeke commenced 11 years of service in the executive branch of state government.  In 1987, he began four years with the Budget Office (now OMB) of Governor Michael N. Castle (R) as a Fiscal and Policy Analyst preparing the executive’s K-12 public education budget recommendations.  After completing his Political Science degree, Zeke transferred to the Department of Public Instruction (now DOE) in 1991 where he implemented Medicaid cost recovery for school-based health services, supervising a staff of 13, while attending law school at night.  After graduating cum laude in 1995, Zeke was selected by Governor Thomas R. Carper (D) to participate in the Governor’s Management Fellows Program where he was seconded to a judicial clerkship with President Judge of the Delaware Superior Court, Henry du Pont Ridgely.  Upon his admission to the Delaware Bar in 1996, Zeke commenced practicing law under the auspices of the Department of Justice as DPI Administrative Hearing Officer and Special Counsel to the State Board of Education.

Zeke began his private legal practice in restructuring, bankruptcy and creditors’ rights with Potter Anderson & Corroon LLP in 1999.  He became associated with Bill Sullivan in 2006 and a founding member of Sullivan · Hazeltine · Allinson LLC in 2008, where he maintains a corporate bankruptcy and general commercial litigation practice.

Wife, Susan Kenney, teaches at a Montessori school where their son attends.

Becky Phillips
Becky began her career in Sales and Marketing for a local homebuilder over 12 years ago after graduating from the University of Delaware’s, Alfred Lerner School of Business and Economics. She has since worked in publishing, hospitality and healthcare-related industries, focusing on client relations and management. Joining the Cancer Support Community of Delaware (CSCDE) Board of Directors in 2011, Becky served on the Executive Committee for 3 of her 5 years with the organization. After starting a family in 2015, Becky furthered her passion in the non-profit sector by resigning from the board to serve as the Development Coordinator at CSCDE. Becky has been with the Nemours Fund for Children’s Health since April 2017, working in Partnership Development and Cause Related Marketing. She enjoys representing the philanthropic arm of Nemours and looks to educate the community about Nemours, while cultivating and stewarding donors of Nemours/Alfred I. duPont Hospital for Children. A Delaware native, Becky resides in the city of Wilmington with her husband, Jarred and daughter, Lauren. When she is not fundraising for a great cause, she can be found teaching barre at Lovering Studio or walking to Rockford Park with her family, including her handsome chocolate lab, Pelle. 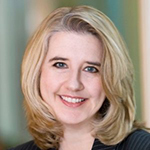 Janine Salomone, Esq.
Janine was elected to the Board of Directors of First State Montessori Academy in 2017. Prior to her election as a director, Janine spent 19 years in private practice in Wilmington, DE, most recently as a partner at the law firm of Potter Anderson & Corroon, LLP and as an associate at Richards, Layton & Finger, P.A. prior thereto. Janine’s practice focuses on advising boards of directors and officers of Delaware corporations with respect to (i) their fiduciary duties under Delaware law, (ii) matters of corporate governance and (iii) corporate transactional structures.

Janine also serves as an assistant teacher for the parish religious education program (PREP) at St. Mary of the Assumption in Hockessin and a coach and commissioner for the Piedmont Girls Softball League.

Michael Reilly
Mike Reilly is the father of three children who all benefited from the strong foundation provided by a Montessori education. By making available Montessori education to more students, particularly in the City of Wilmington, FSMA is an energizing, positive organization on which Mike is excited to serve as a director.
Mike lives in Wilmington and works in Philadelphia, where he is Vice President, Associate General Counsel and Chief Compliance Officer of FMC Corporation. At FMC, he serves as the lead lawyer for FMC’s global Agricultural Solutions business. Outside of work, and in addition to FSMA, he is active in Philadelphia VIP, the area’s premier provider of pro bono legal services, for which he served as a director for many years. He has also served as a director of the Philadelphia Diversity Law Group, which is dedicated to increasing fostering diversity and inclusion for minority and women lawyers in Philadelphia. Mike is originally from New York, but has been happily resident in Delaware since 1992. He received his bachelors degree from Columbia University and his law degree from Harvard Law School. In his spare time, he enjoys singing in his church choir, cycling, hiking, and skiing. 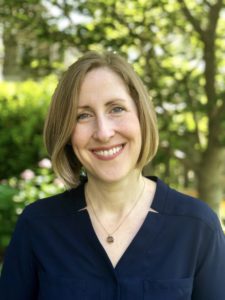 Sarah Nagle
Sarah Nagle lives in the Triangle neighborhood in the city of Wilmington with her husband, two small children, and yellow lab. She was born in Montreal, Canada, grew up in Virginia and moved to Delaware in 2000. Sarah is Vice President of Strategy & Planning for Christiana Care Health System and has nearly twenty years of experience in strategic planning and business development. She leads the market research and planning activities that support executive decision-making, advance Christiana Care’s mission and guide resource allocation.
Sarah holds a Master of Health Administration from the Medical College of Virginia campus of Virginia Commonwealth University of Richmond and a Bachelor of Arts degree in Psychology from Randolph-Macon Woman’s College in Lynchburg, Virginia. She is a fellow with the American College of Healthcare Executives, a graduate of the Advisory Board’s fellowship program and completed the Leadership Delaware program in 2012.
Sarah is passionate about education and she has just completed a six year term on the board of the Charter School of Wilmington. She enjoys reading, cooking and traveling. 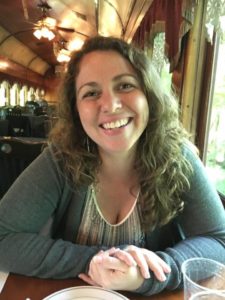 Sara Stabb
Sara Stabb, a teacher representative on the board is a mom to 3 amazing boys (who got that way in part because of their exposure to Montessori education starting at a very early age). Sara holds a Bachelor of Fine Art from the University of North Carolina at Charlotte, with a concentration in Fiber Art. She began her post-college career as a stitcher and builder of puppets and sports mascot costumes, before discovering her love of teaching. She has worked in Montessori education since 2003 and holds a Montessori credential from Princeton Center for Montessori Education. After working with children under the age of 3 for over a decade, Sara moved to elementary education at FSMA when it opened its doors in 2014. Sara worked in a 2/3 classroom at FSMA while finishing her Masters in Education, then moved to a K/1 classroom. She has served on a reaccreditation committee for the American Montessori Society and has worked as a field consultant for Montessori teachers in training for the Montessori Institute for Teacher Education. Outside of school, Sara enjoys various creative endeavors. Cooking, sewing and other crafts, and attending arts performances such as concerts and her fiancé’s improv comedy shows fill her time. She also enjoys traveling with her boys and fiancé. 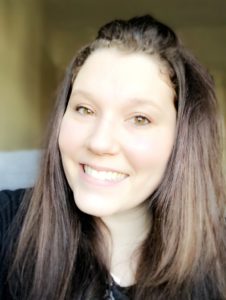 Meghan Newberry
Meghan Newberry moved to Delaware from Maryland in 2013. After 12 years of commuting between states, she desired to live in the community where she was dedicated to making a difference. Meghan is a business professional, with a varied skill set which has allowed her to take on various leadership and training roles with companies such as AAA MidAtlantic, Aberdeen Proving Ground, and CSC.
Currently, Meghan is the Director of Communication, Alumni Engagement, and Development Support for Leadership Delaware, Inc. (LDI), a program she graduated from in 2015. She has been fortunate enough to be surrounded by incredible mentors throughout her career and feels passionate about sharing her lessons learned through serving as a mentor to youth and young leaders in the Delaware community.
In addition, she owns, and is the lead photographer for, Meghan Newberry Photography. Photography is a passion which allows her to capture special memories for families and give back to the state in a unique way. She lives in North Wilmington with her husband, young son and two dogs.

After her first daughter was born, she knew she had to be a Montessori teacher, and the mother of a Montessori child. Natalie is trained in Elementary I and II, as well as Secondary I. She has completed three different program levels to avoid teaching her own child, which eventually happened. Natalie has found her passion in the middle school age group of 12 to 15 year olds. She started the first Montessori Middle School in the State of Delaware in 2003. When FSMA first opened its doors, Natalie knew she had to be part of “The FSMA Revolution” where the Montessori method has the chance to reach so many more students and families. Natalie has taught at Montessori Training Programs in New York and Delaware, and loves what she does for a living.